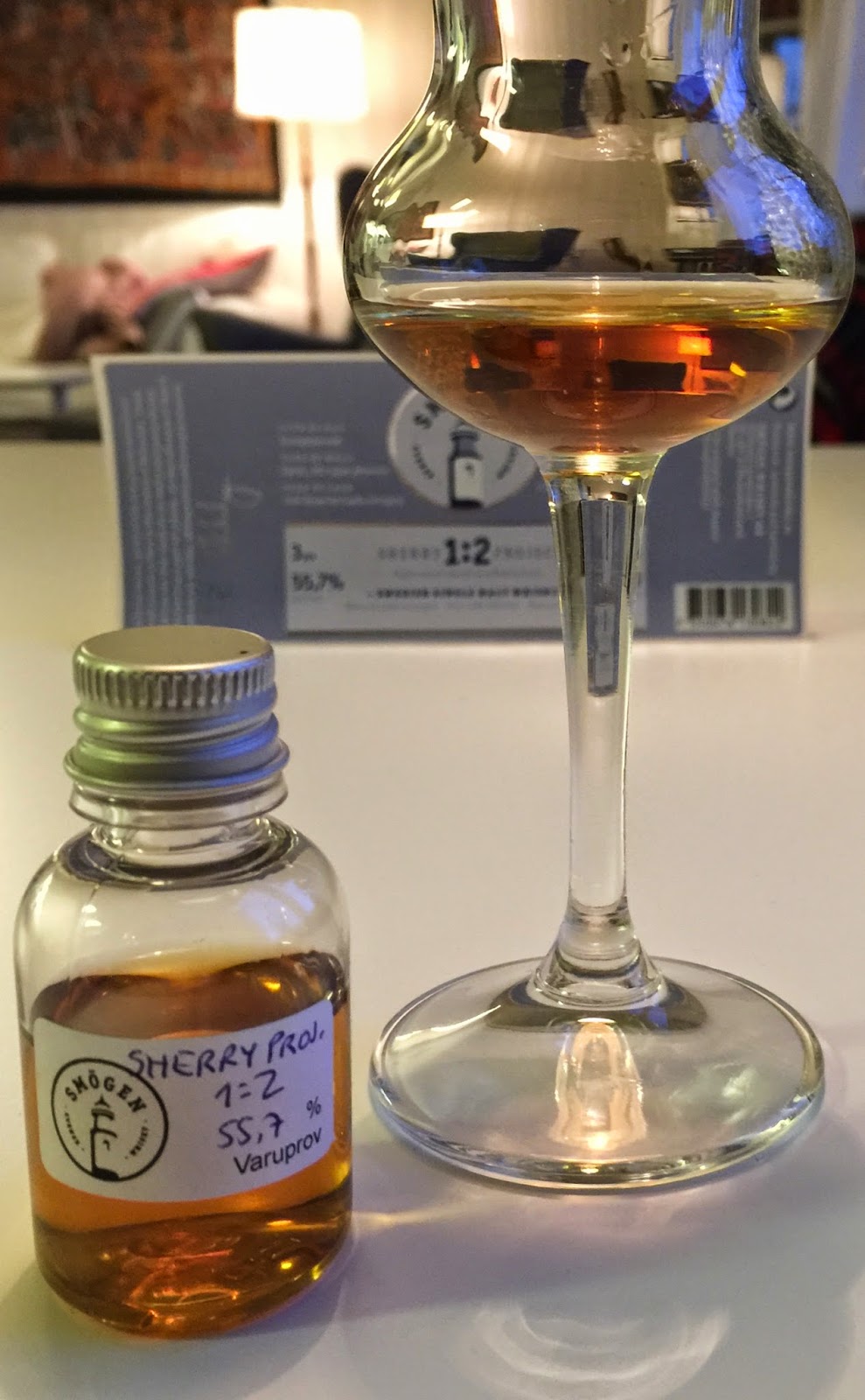 Yesterday I was very happy to find a sample of Smögen Distillerys coming (fourth) release, the Sherry Project 1:2. As you can all understand from its name, this is the second release in a series that involves sherry finishing.

1:2 will be available at the swedish state-monopoly on the 26th of march but for international buyers many of Smögens products are available here

1:1 has first spent almost three years in four new heavily-charred european quarter casks (no. 32-35), and was then given a finish consisting of four months in a sherry butt. If you have not, please check out my tasting note of 1:1 here.

For me, this is really exciting stuff, even a bit of a highlight as a blogger, and I'm grateful that Pär Caldenby of Smögen Distillery sent me a sample of the 1:2 for tasting, so thank you! Now let's see what's on the nose!

Nose:
When opening the sample-bottle and nosing from it, out comes a very very slight and quick touch of alcohol/spirit, but also a big dark-sugary note. Pouring a wee dram into my glass, I get light touch of lemon-peel, then that slight touch of alcohol/spirit again but when leaving it to rest for half a minute or so it's gone in a whiff! Picking up the glass again I get that BIG note of dark-sugar and almost golden dark syrup. Quite high in the layers I also pick up… now what is it? hmm… sweet licorice! Dark moist raisins, juicy dried figs, even dates…almost earthy tones. There is even some dark but very sweet chocolate in there… dear friends and followers, this is some deep, sherry-influenced heavy stuff! "But is there any peat in there?"you might wonder, well, there is but it definitely lurks in the very bottom layers, and for some reason makes me think of candy with violet flavor, interesting! Well, I'm starting to get really thirsty so let's have a taste! 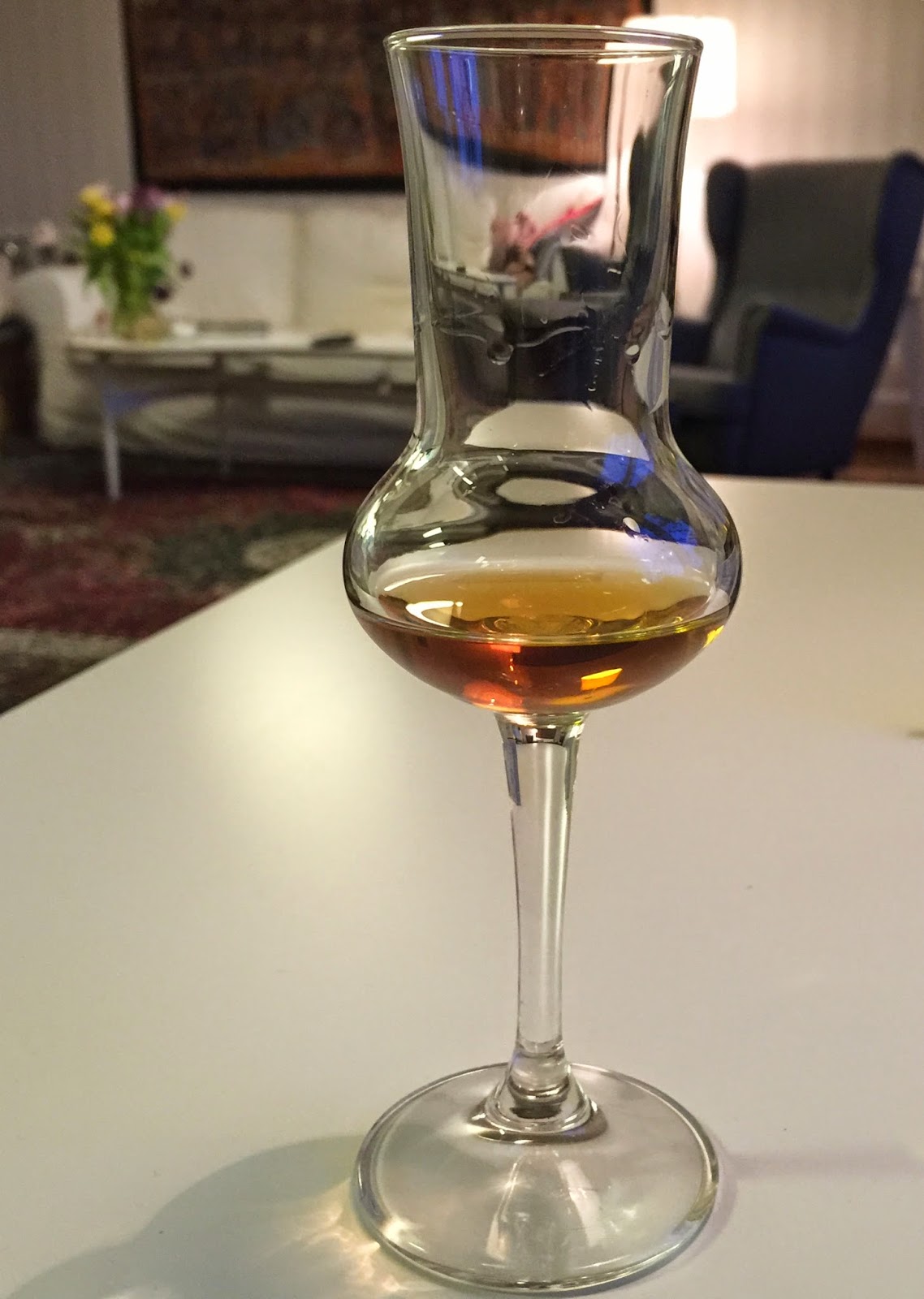 Palate:
Wow, this is truly intense stuff! Very intense at the very start, dark citric flavors (if there is such a thing), a touch of spirit-y-ness but disappearing in a whiff also on the palate, quickly moving on into the first sherry-hit, yes, it really is a hit! It's big and full of the dark raisins and dried figs from the nose. After about a second and a half or so the peat kicks in! Definitely more peat on the palate then what was there on the nose! Sort of a dark earthy peat, mingling with all the vibes from the sherry. Doing a great job at drying my mouth, mostly the front or very tip of my tounge. The aftertaste, or even the taste in total, is very long. Probably goes on for three minutes or so, leaving a touch of candied sugar… Nice! 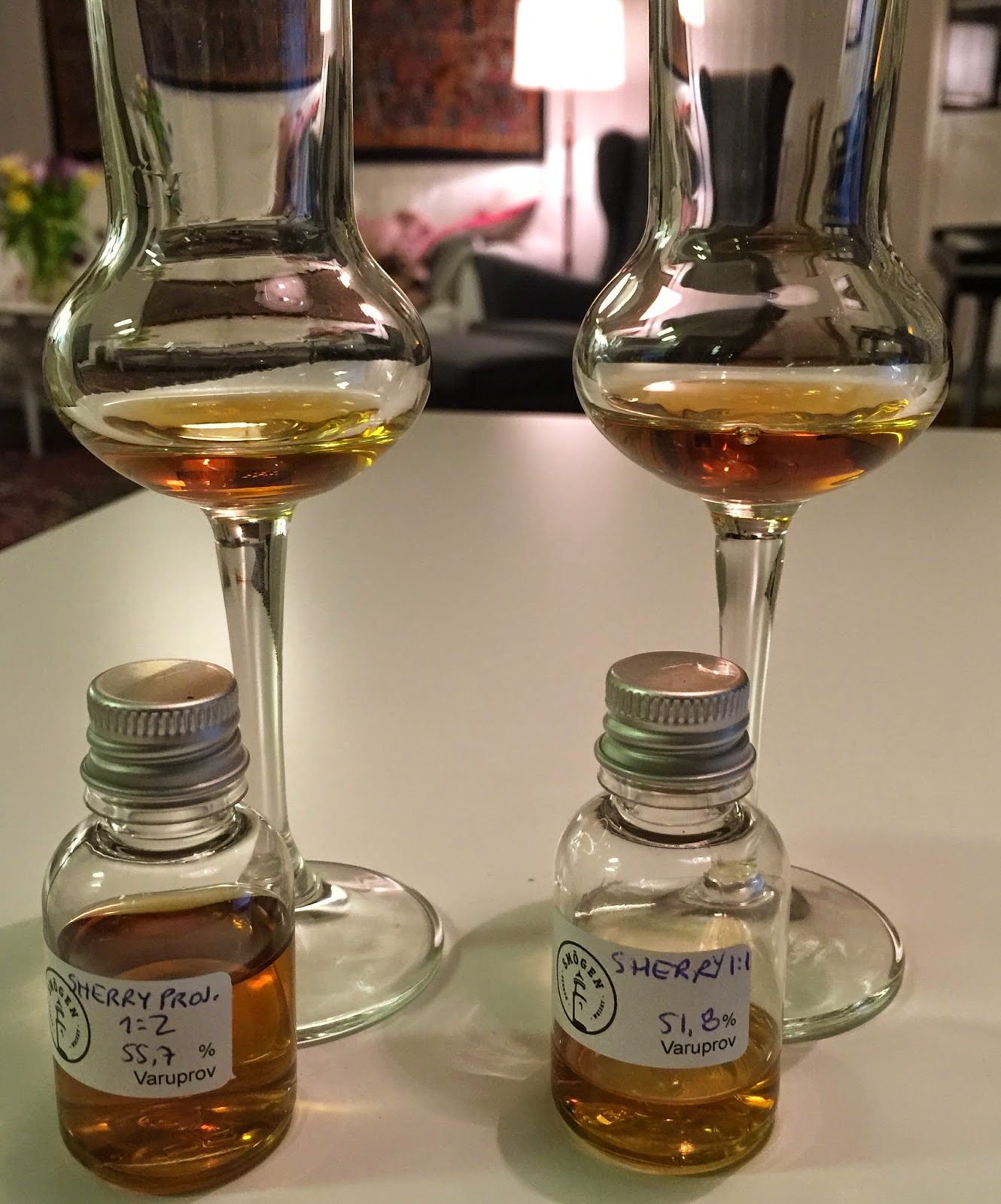 As you can see from the picture they're similar in color. On the nose, not surprisingly, the 1:2 is bigger, and more fat and mature, not only when it comes to the sherry-influence but also in general. The 1:1 actually has more of a creamy and softer touch to it, while the 1:2 is bigger on the sherry-side of things. The 1:2 is definitely more mature and has more confidence so to speak.

On the palate, tasting the 1:2 before the 1:1, the 1:2 really has lot's more when it comes to a citric/lemony touch, but also more of the dark-sugary elements. It is also a bit more spirit-y (bear in mind the higher ABV and the fact that I did not water the 1:2 to the same ABV as the 1:1). The 1:1 has a much more "calm" sherry-style and is a bit more "flat", but it has on the other hand been in a half full sample-bottle since november so… I'd say that the 1:1 has more peat in it which is really interesting!

To sum-up, this is a really tough match friends, they are both very good expressions, but if I would have to choose a winner from todays tasting I'd go for the 1:1 and so it still counts as the best swedish single malt I've tasted so far. Anyhow, Pär really knows what he is doing! So a big thanks to Pär for the opportunity and I can't deny that I really look forward to tasting the 1:3…

To all friends and followers, thanks for following also my Facebook-page and my twitter-page
Copyright © and all rights reserved on all tasting notes by SamuelWhisky and pictures likewise belong to SamuelWhisky. If you would like to use any such material that belongs to SamuelWhisky please ask by sending me an email to samuelkarlssonorebro@gmail.com 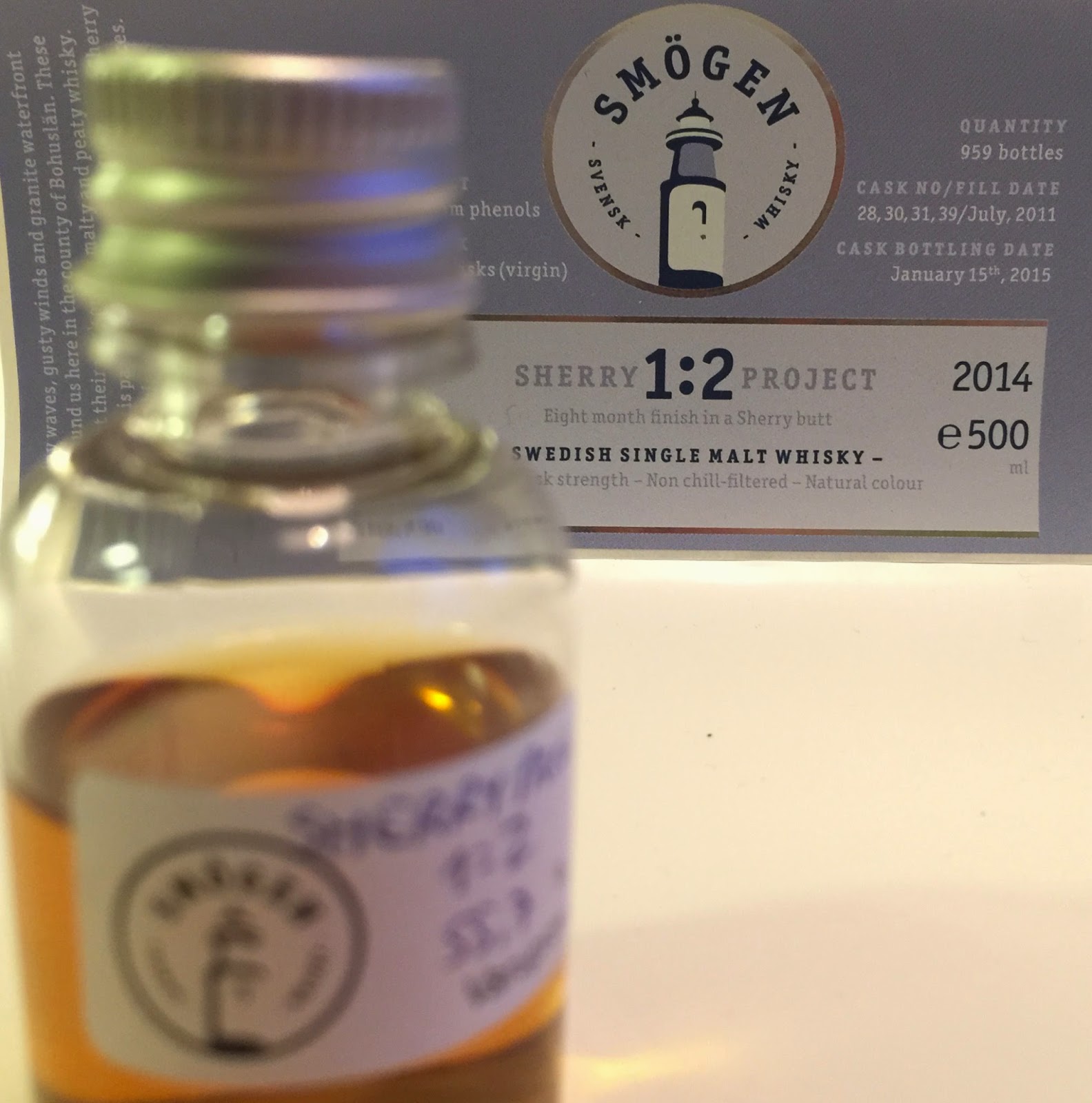